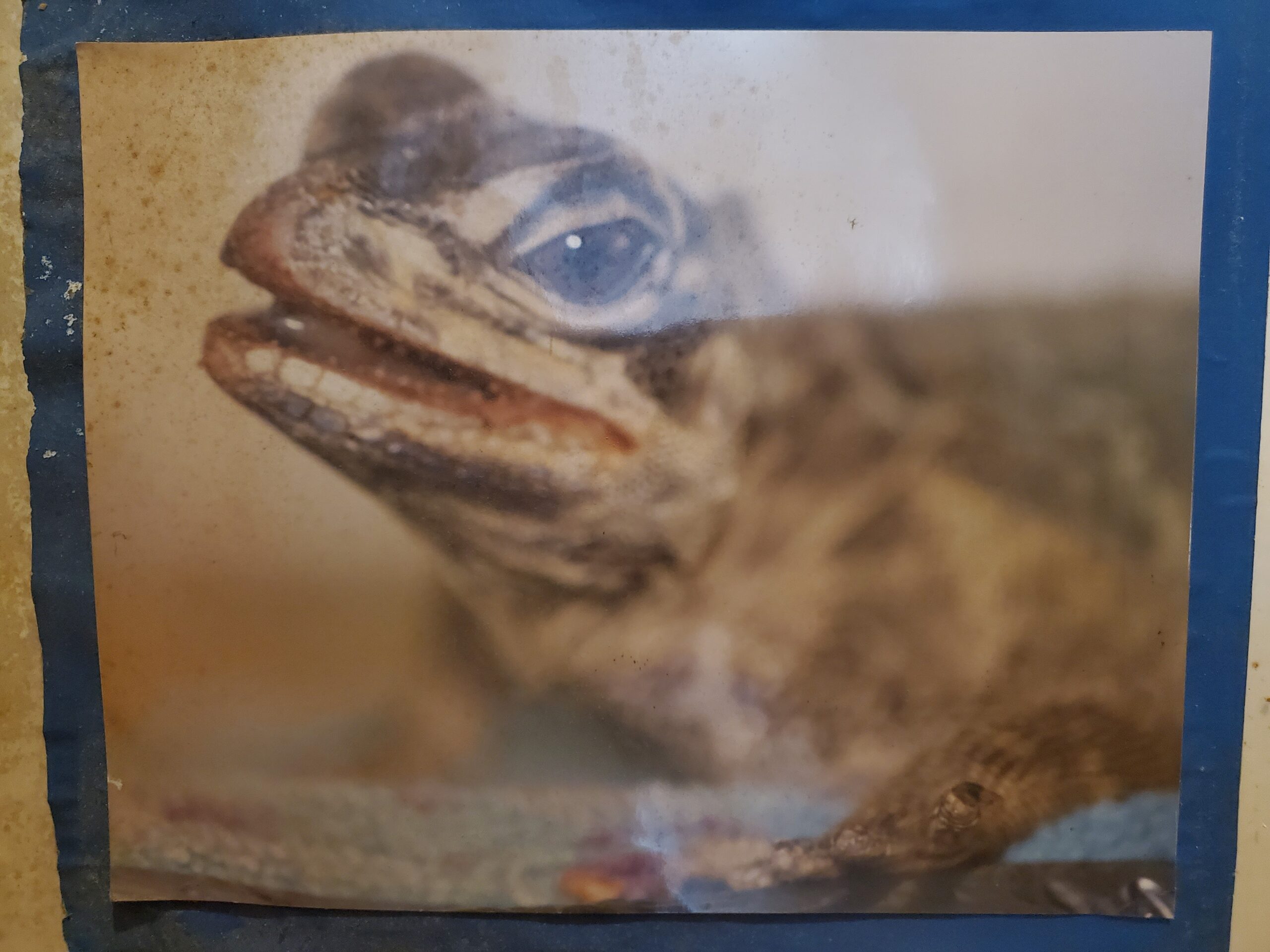 Last week’s post, based on our recently-rediscovered, 25+ year old RARN event display, focused on an iguana that had been poorly cared for, that ended up healthy and contented. This week we offer the story of a water dragon suffering from her (probably well-intentioned but clueless) owner’s terrible husbandry—with another reasonably happy ending. The female dragon “was kept in a poultry-net cage (chicken wire), where she kept rubbing her face against the wire, trying to get out. Repeated scraping of the skin off her nose and mouth resulted in so much scar tissue building up that she [could] no longer breathe through her nose.” The creature lost eight of her front ten toes due to the sharpness of the chicken wire, and when brought in to RARN was emaciated and dehydrated, with a mouth infection. But again, our caring corps of RARN volunteers went to work on the water dragon, so that later, she became “healthy, robust and active, and … adapted well to getting around with her deformed feet.” Names and faces have changed over the years, but the song remains the same – RARN helps scaly (or amphibious) creatures in need!