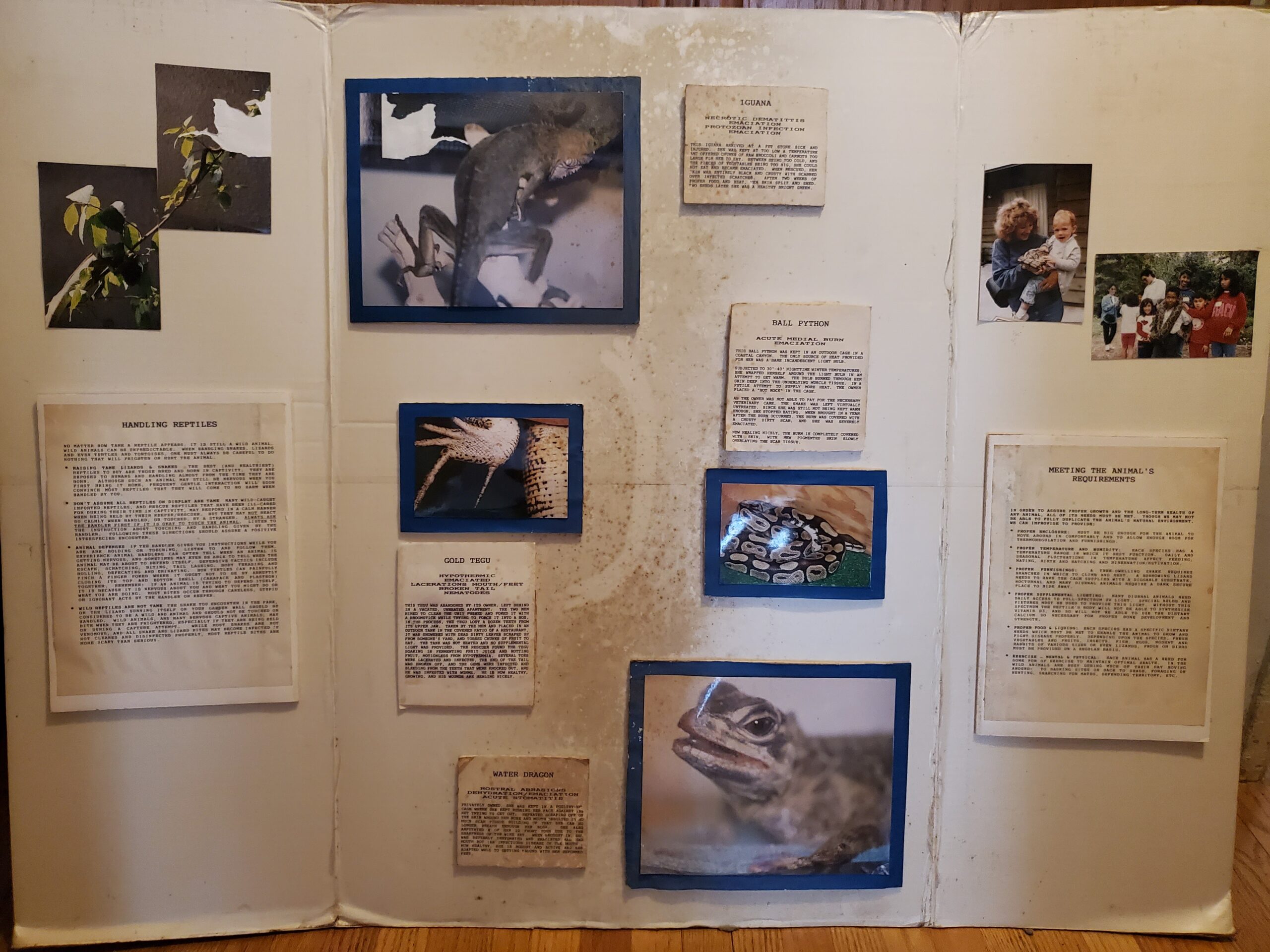 Recently, we volunteers at RARN came across an old-style cardboard display put together for reptile events, discussing RARN’s work taking in sick, abandoned and injured animals. It dated back at least 25 years! Reading some of the descriptions of animals RARN had taken in was hard, and we feel for how difficult it must have been for volunteers to deal with mistreated creatures back then. One surrendered juvenile green iguana had been kept in deplorable conditions: “Between being too cold, and the pieces of vegetable [fed to her] being too big, she could not eat and became emaciated. When rescued, her skin was entirely black and crusty, with scabbed-over, infected scratches.” But because RARN did its job, the animal was well cared for and had a happy outcome. “After two weeks of proper food and heat, her skin split and shed. Two sheds later, she was a healthy bright green.” Here’s a picture or two of the display. We’ll return to the past work RARN has done in future posts!