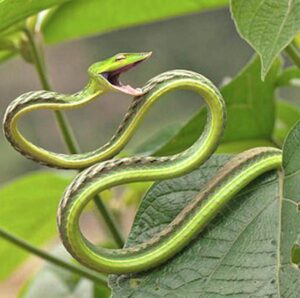 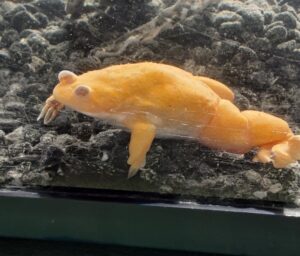 We saved the frogs!

Specifically, we rehomed three frogs, about 18 years old. They'd been an elderly woman's beloved pets…until she sadly passed away and had no one to look after them. In October, RARN members got them safely to a new home at a California zoo.

But the saga of RARN's happy-ending amphibian rescue actually begins decades ago….

We humans are strange beings. Sometimes we think other creatures on the planet are simply there for our use. So we use them. And sometimes that (ab)use comes back to bite us in the….

Consider, if you will, the African Clawed Frog. A species that, in the 1930s, was discovered as an efficient way (though not to the frogs!) to determine human pregnancy. After other, better methods were found, the frogs morphed into animals found in many a pet store. But along the way, many of these creatures--both discards from research and escaped or abandoned pets--found their way into the broader ecosystem of the US.

And they wreaked havoc.

These frogs, as cute as they are, are voracious eaters and can survive in a number of otherwise inhospitable habitats. They can devastate (and have already devastated) multiple native populations of animals. And they can live a long time—25 to 30 years! Thus they are now considered an invasive species, illegal to trade or keep without strict permits. Very illegal, even to rehome….

This past summer, RARN got a call from a wonderful woman named Patti, caretaker of a woman who had kept three strange, yellow-colored (albino, to be precise) frogs. The woman had passed and no one wanted to take the frogs. Could RARN help? We could. But the caretaker wasn't sure what kind of frogs they were.

She soon found out…

Once RARN knew that it was taboo African Clawed frogs we were supposed to rehouse, we came up with a plan. We worked closely with the California Department of Fish and Wildlife to make sure the transfer to the zoo offering to take them (the small but charming Charles Paddock Zoo in Atascadero) was achieved correctly. It was all done under a time crunch as well, as the woman's family was about to clear out her home. And the froggies had to go somewhere. 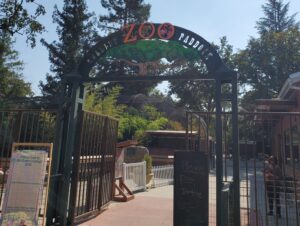 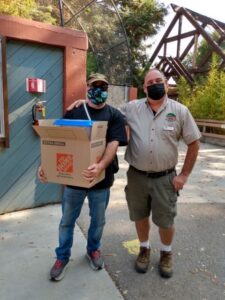 The bottom line? We did it. And it was worth it. The winsome, red-eyed frogs got to live, in a safe and healthy environment where they could do no damage to other wildlife.

Thanks to Patti, the officer at F & Wildlife, and our tireless staff, we at RARN have a wondrous true story to boost us into 2022!

RARN Wishes A Happy, Healthy New Year to All! 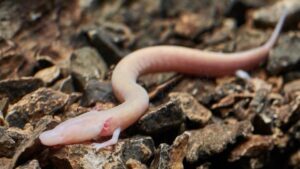 A massive cave in the heart of Europe holds a secret: it is the home to a most mysterious creature. Could it be… a dragon?

Not really, though that is one of many names used by the people of Slovenia to describe this unique, legendary animal. A recent article clarifies that the creature is an olm, or blind salamander, Proteus anguinus. Olms are full of contradictions and quirks: they are categorized as amphibians yet remain in their juvenile aquatic phase all their lives (their eating, sleeping, and breeding all occur underwater). They dwell only in caves and thus have adapted entirely to living in darkness, with undeveloped eyes and amped-up senses of hearing and smell. They can go long periods—years, even--without eating. And they can live to the venerable age of 100!

For centuries, legends have grown around these animals, known as "baby dragons" because they would wash out of their territory, the cave of Postojna, during floods, and caves have been long thought to be the realm of dragons. But why the attention to these strange creatures—also known as "human fish" because of their smooth, pinkish skin--NOW? High on the list of reasons are the possibilities that olm DNA offers researchers. Biologists are fascinated by the complexity of the olm's genome—which is sixteen times longer than the human genome, and full of curiously empty spaces. Perhaps an even more intriguing attraction is the ability of the olm, like that of salamanders, to regenerate limbs. Unlocking that secret for use in humankind would be, well, as marvelous as encountering a dragon….

The fascinating behavior of olms includes voracious eating habits and peculiar mating dances in the course of their long, long lives. And apparently these strange creatures have become a major tourist attraction, for the cave and for Slovenia in general.

A trip to visit baby dragons—sorry, olms--might just be one for the bucket list! 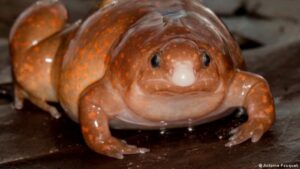 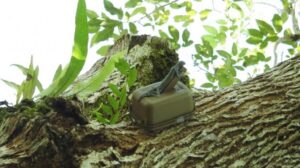 It might sound peculiar, but being really bizarre-looking could possibly get you stricken from the menu of would-be predators. If you are a flying lizard, at least.

A recent, rather imaginative study centered on “flying” draco lizards put to the test the concept that looking flashy in nature was an instant signal that you are easy prey, no matter how attractive showiness might make you to the opposite sex. For the research, fortunately, no real draco lizards (which actually glide, not fly, within the forest canopy) were harmed or even jeopardized. Instead, researchers on the island of Borneo constructed and set up over 1500 robotic lizards. There were three types of these plastic mock-ups: ones with conspicuous, ostentatious display; “cryptic” lizards (hidden or no display); and ones with fixed ornaments—the obvious oddballs of the bunch. According to the study, the latter category emerged as the least likely to be bitten or attacked—as evidenced by the way the plastic showed definite predatory encounters. (There was no word about whether or not their robotic stare was off-putting.)

So perhaps elaborate get-ups that are not considered “normal” could merit you a Get Out of A Predator’s Mouth Free card. Might be worth a try, next time you put on that lizard costume!