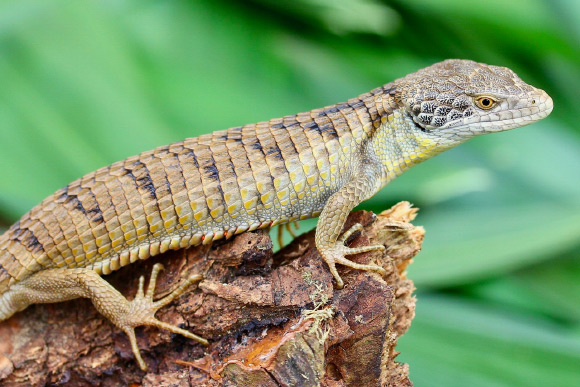 That alligator lizard zipping furtively around your yard may never know it, but its relative, a new species of Abronia (alligator lizards), has been discovered and named in the western Chiapas region of Mexico. The full scientific designation for the reptile, Abronia morenica, pays tribute to the brown coloring of this handsome lizard and to the Sierra Morena region it comes from (“moreno” meaning brown), which some may remember from the traditional song “Cielito Lindo.” The inhabitants of the Sierra Morena are justifiably proud of this rare discovery deep within the montane cloud forests of the region and are working with scientists to protect its endangered population. A more complete summary of the article (taken from a paper published in the journal Herpetologica) may be found here.