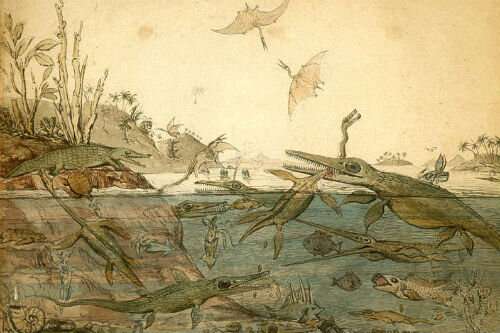 Lifestyles of the Reptilian and Famous? A recent study of fossil records sheds light on the ecological evolution of a variety of creatures in the ancient seas of earth’s Mesozoic period. While the dinosaurs roamed the terrestrial surface, giant creatures such as ichthyosaurs and plesiosaurs (two kinds of marine reptiles) swam the oceans. These giants (some measuring over thirty feet long!) were examined for where they lived, how they moved through the water, and what they ate. The complex analysis led to six different categories of marine reptiles, separating them into widely diverse groups such as active predators within the water and reptiles that also foraged on land. Many more details about the habits of these venerable reptiles of the sea may be found in the article here.