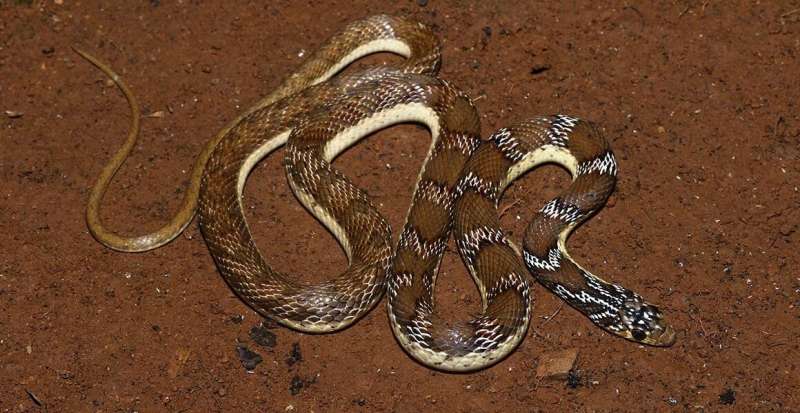 According to a recent article, a new species of snake has recently been identified in India, thanks in no small part to the work of artists from nearly two centuries ago.

Interest in the newly-designated Joseph’s racer (Platyceps josephi) was rekindled in 2016 when scientists in the Indian state of Tamil Nadu found a snake that, well, just didn’t look right. It was similar, but not identical to, the banded racer, a well-known snake found in the area. Research confirmed it was not that snake. But what was it? After a lot of sleuthing (including examining snake skins preserved for over 200 years), and many false leads, the scientists went back to artists’ paintings dating back to 1836. The paintings were produced, and many others collected, by Danish zoologist Theodore Cantor, who worked for the British East India Company to produce what was essentially a catalogue of zoological species. After careful study, the scientists in India realized that while the artists’ depictions were meticulously accurate—even to the number of scales on some snakes’ heads—they had sometimes been mislabeled. The modern scientists set about rectifying that misidentification. Their findings may well impact the conservation of this animal and its habitat, as it is much more rare than its “false friend,” the banded racer.

And so the handsome Joseph’s racer, long mislabeled and unsung, now comes into his own!