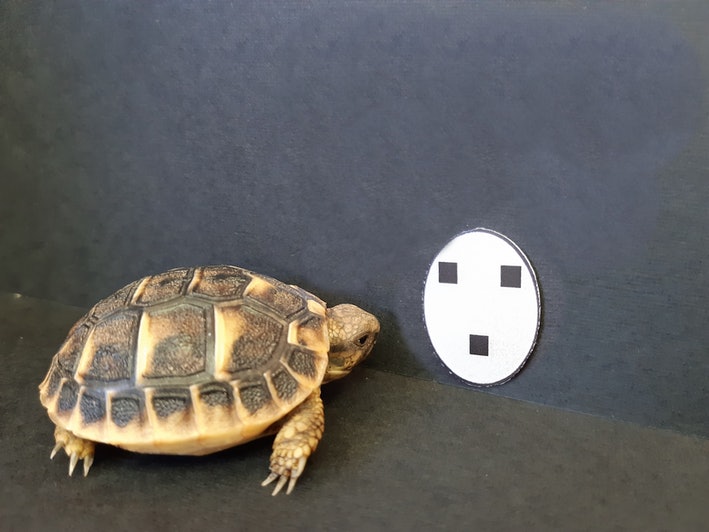 We’ve long suspected this! A recent study sheds light on a phenomenon studied in humans, primates, and other mammals, but only recently examined in the reptilian world: a focus on a creature’s interest in engaging with faces. It appears that those in the genus Testudo (i.e., turtles) exhibit a fascination with (or at least, a preference for) faces—just like we humans do! The preference is assumed to have some kind of evolutionary advantage, though more research needs to be done to tease out what that might be. This seems to be the case even with the Testudo species that are anti-social, that is, those that do not grow up or congregate with others of their kind.  The trait “predates the bonds of parental care.” In other words, turtles don’t need face time. Turtles just seem to like faces!

Which leads to the question: Would turtles, given the necessary opposable digit, hang out on Facebook?