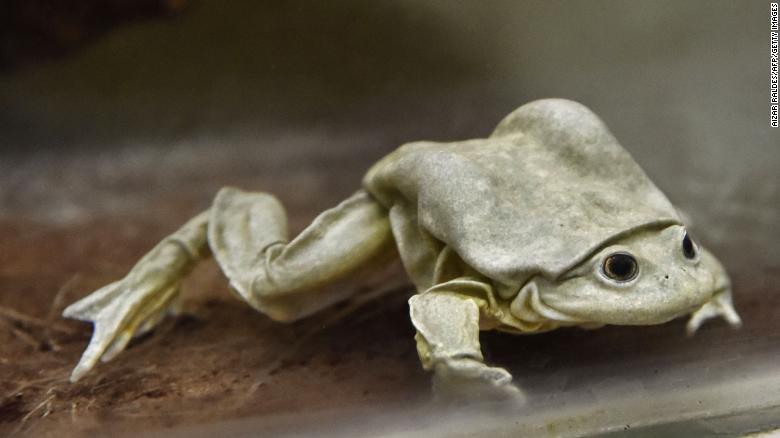 A strange-looking frog with an unfortunate resemblance to a part of human anatomy is facing an even more unfortunate fate: possible extinction. Known as the "scrotum frog," this large South American amphibian (it can grow up to eight inches long!) has seen its numbers decline alarmingly in recent years, mostly likely due to overfishing as a food source and pollution of its habitat, Lake Titicaca (well, it had to be there, didn't it?). Considered an "indicator species," this giant frog's lessening population is a dire forecast of the relative health (or lack thereof) of its ecosystem. Scientists and other organizations across the globe are teaming up to try to save this unique, endangered animal, as well as preserve this important body of water from further degradation. Let's hope they put together a....package deal? You can read the full article here.